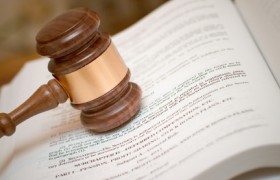 A sole trader who was able to backdate his ABN has won access to JobKeeper payments in a recent case before the Administrative Appeals Tribunal (AAT).

To be eligible to access JobKeeper as a business participant (for example, as a sole trader), the rules require a business to have an active ABN on 12 March 2020.  The rules also provide the Tax Commissioner with the discretion to allow further time for an entity to register for an ABN.

In this case, a sole trader, Mr Apted was an expert property valuer who had been in business for himself in various structures since 2012. In 2014, he set up as a sole trader and registered for an ABN and GST. In 2018, he decided to retire, cancelling his GST registration and later relinquishing his ABN with effect from 4 June 2018 – although he was aware that he had the flexibility to start up again if the need arose or his expertise was required.

In June 2019, former colleagues encouraged him to accept new work and he was contacted soon after by a potential client who engaged him to provide his valuation services in September 2019. Mr Apted made it known that he was available for referral work.

Mr Apted stated that he was unaware that he needed to reactivate his ABN as he believed that an ABN was only required if he intended to register for GST. Given he did not expect to earn over the GST threshold of $75,000, he did not see this as necessary. His clients also did not withhold tax from payments to him as required when payments are made to a supplier without a valid ABN.

On 31 March 2020, Mr Apted applied and had his ABN reinstated. Then on 20 April 2020, he applied for JobKeeper but this was denied as he did not have a valid ABN on 12 March 2020. In June, Mr Apted phoned the Registrar of the Australian Business Register seeking to have the date of effect of his ABN corrected to align with his resumption of trade. The Registrar subsequently adjusted the date of effect of the ABN to 1 July 2019. With this adjustment, Mr Apted believed he had an active ABN at 12 March 2020 required by the JobKeeper integrity rules.

The Tax Commissioner however did not accept the backdated ABN as an “active” ABN and declined to use his discretion to allow Mr Apted access to JobKeeper. However, the Administrative Appeals Tribunal (AAT) found:

“We are satisfied the applicant is the kind of person who was intended to benefit from the Jobkeeper scheme. While his business was small and his income irregular, he still satisfies all of the eligibility criteria … There is nothing to be achieved by denying him access to the payments in order to make a point about the desirability of obtaining an ABN.”

The AAT set aside the Commissioner’s decision in favour of Mr Apted directing the ATO to enrol Mr Apted in JobKeeper for the relevant period.

A statement from Holding Redlich, the legal firm representing Mr Apted says, “Small businesses that have been refused JobKeeper might now qualify for JobKeeper – and be entitled to make claims back until the beginning of the scheme in April 2020.”

The ATO has lodged an appeal with the Federal Court of Australia in the Apted case and has stated that it will not pre-emptively review decisions of eligibility until the outcome of the appeal has been handed down.

Giving further hope to those who had previously been denied access to JobKeeper under a strict interpretation of the rules is the recent report from the Inspector General of Taxation (IGT). JobKeeper and the Cashflow boost require that the business had some business income in the 2018-19 income year and notified the ATO of this by 12 March 2020 or made some supplies connected with Australia in a tax period that started on or after 1 July 2018 and ended before 12 March 2020 and notified the ATO of the supplies (e.g., on an activity statement) by 12 March 2020.

In her report, the IGT has made it clear that, “…for the purposes of the [JobKeeper] and [Boosting Cash Flow] support measures, a taxable supply can be made where an entity makes or acquires a financial interest, for example, by opening a bank account, as this constitutes the making of a financial supply. Such a supply might have been made during the commencement of the business, well before the business had made its first sale.”

For any business seeking redress on a JobKeeper or Cashflow boost eligibility decision, strict timeframes apply. Despite the ATO’s reticence to engage on these issues until the outcome of the Federal Court is known, it is important to lodge the necessary applications or objections to ensure the window of opportunity is not missed.

How to sell your business

We’re often asked the best way to sell a business. There are two key components at play in the sa ... read more

A sole trader who was able to backdate his ABN has won access to JobKeeper payments in a recent cas ... read more