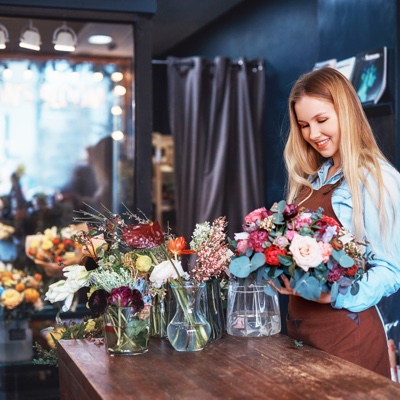 This is a Budget not only designed to showcase the return to surplus (and by default the Government’s economic credentials) but engage voters with initiatives to make them feel like they are more prosperous. A massive infrastructure spend adds to this sentiment.

The Government has also stated that it will keep taxes as a share of GDP within the 23.9% cap.

All measures, of course, are reliant on the relevant legislation passing Parliament which is by no means a given with an election looming.

What is missing from the Budget is any word or statement on the previously announced measures that would deny non-residents access to the CGT main residence exemption. Shadow Treasurer Chris Bowen recently released a media release calling on the Government to drop the “unfair ex-pat CGT changes.” So, unless the Government returns from the election with a majority, these changes will not come to fruition.

As anticipated, the Budget celebrated the surplus with a $19.5bn package of personal income tax cuts for Australian residents. This package revises the legislated seven year income tax plan.

This round of tax cuts:

The LMITO is received after you have lodged your tax return.

Date of effect – Eligibility based on status on 2 April 2019

As previously announced, the Government will make a one-off payment to certain individuals to assist with paying energy bills and meet cost of living expenses. The payment will be exempt from tax and will be $75 for singles and $62.50 for each member of a couple.

The payments will be made to residents of Australia who are eligible for the following qualifying payments on 2 April 2019:

One-off energy payment to help 3.9 million Australians with their next energy bill

The Medicare levy low income thresholds for singles, families, and seniors and pensioners will increase from the 2018-19 income year.

The changes introduce a lifetime cap to prevent students who repeat courses or continually enrol in new courses from accumulating public debt with little hope of repaying the debt in their lifetime. The combined loan limit caps how much students can borrow under HELP to cover their tuition fees. The combined limit is $150,000 for students studying medicine, dentistry and veterinary science courses, and $104,440 for other students.

In addition, the age limit for spouse contributions will be increased from 69 to 74 years. Currently, those aged 70 years and over cannot receive contributions made by another person on their behalf.

The current tax relief for merging superannuation funds is due to expire on 1 July 2020. The Government will extend this measure permanently.

The Government will delay until 1 October 2019, the start date for reforms that ensure insurance within superannuation is only offered on an opt‑in basis for accounts with balances of less than $6,000 and new accounts belonging to members under the age of 25 years.

Defence Force members can stay in super fund after discharge

The Government had previously announced an increase to the threshold for the instant asset write-off to $25,000 from 29 January 2019 but this measure was not legislated prior to the release of the Budget. The Government however intends to honour the announced rate increase.

The instant asset write-off only applies to certain depreciable assets.  There are some assets, like horticultural plants, capital works (building construction costs etc.), assets leased to another party on a depreciating asset lease, etc., that don’t qualify.

For small businesses (aggregated turnover under $10m), assets costing $30,000 or more can be allocated to a pool and depreciated at a rate of 15% in the first year and 30% for each year thereafter. If the closing balance of the pool, adjusted for current year depreciation deductions (i.e., these are added back), is less than $30,000 at the end of the income year, then the remaining pool balance can be written off as well.

Pooling is not available for medium sized businesses which means that the normal depreciation rules based on the effective life of the asset will apply to assets that don’t qualify for an immediate deduction.

This initiative is subject to the passage of legislation so don’t go out on a spending spree just yet!

Division 7A captures situations where shareholders access company profits in the form of loans, payments or the forgiveness of debts. The rules are drafted broadly and have become more complex as amendments close perceived loopholes.

Division 7A treats certain events as triggering “deemed” dividends for tax purposes. Where a private company makes a payment or loan to a shareholder or associate, the amount may be treated as a dividend for tax purposes. Where a debt owed by a shareholder or associate to a private company is forgiven, these amounts may be subject to the same treatment.

Significant changes to the way Division 7A works were intended start taking effect from 1 July 2019.  These reforms have now been pushed back to 1 July 2020.

These proposed reforms include:

The postponement is a welcome move to provide more time for the measures. In some cases, there will be quite a bit of work to be done to implement the reforms.

We will let affected clients know more when more information is released.

Date of effect – Vehicles acquired on or after 1 July 2019

For vehicles acquired on or after 1 July 2019, eligible primary producers and tourism operators will be able to apply for a refund of any luxury car tax paid, up to a maximum of $10,000.

Currently, primary producers and tourism operators may be eligible for a partial refund of the luxury car tax paid on eligible four wheel or all wheel drive cars, up to a maximum refund of $3,000. The eligibility criteria and types of vehicles eligible for the current partial refund will remain unchanged under the new refund arrangements.

The Government will ensure that qualifying grants paid to primary producers, small businesses and non-profit organisations affected by the North Queensland floods will be treated as non-assessable non-exempt income, which means that they should be tax-free.

Queensland storm payments to be tax-free

Date of effect – Payments relating to storm damage in October 2018

The Government will ensure that certain payments made to primary producers in the Fassifern Valley, Queensland who were affected by storm damage in October 2018 will be exempt from income tax.

$61m over three years has been provided to support Australian businesses to export Australian goods and services to overseas markets. $60m of the funding will go towards boosting reimbursement levels of eligible export marketing expenditure for small and medium enterprise exporters.

The Government will provide $1bn over four years from 2019-20, including $6.5 million in capital funding, to the ATO to extend the operation of the Tax Avoidance Taskforce and to expand the Taskforce’s programs and market coverage. For this, the ATO is expected to produce a $3.6bn budget gain.

Tax avoidance schemes and strategies are the focus of this funding.

An additional $42m has been provided to the ATO to recover unpaid tax and superannuation liabilities focussed on larger businesses and high wealth individuals. The measure is expected to create a budget gain of $103.6m.

$607m to follow through on response to Banking Royal Commission

$606.7m will be spent over 5 years to follow through on the Government’s response to the Royal Commission into Misconduct in the Banking, Superannuation and Financial Services Industry. This includes:

These measures are partially offset by revenue received through ASIC’s industry funding model and increases in the APRA Financial Institutions Supervisory Levies.

Currently, ABN holders are able to retain their ABN regardless of whether they are meeting their income tax return lodgement obligations or the obligation to update their ABN details.

This previously announced measure provides $57m in funding over 5 years to provide access to a fast, low cost, independent review mechanism for small businesses in dispute with the ATO. The funding is directed to the Department of Jobs and Small Business, the Administrative Appeals Tribunal (AAT) and the Australian Taxation Office (ATO).

A new dedicated sham contracting unit will be created within the Fair Work Ombudsman. The unit’s role is to address sham contracting behaviour by some employers, particularly those who knowingly or recklessly misrepresent employment relationships as independent contracts to avoid statutory obligations and employment entitlement.

As previously announced, a National Labour Hire Registration Scheme will be established to protect vulnerable workers, including migrant workers. The Scheme will make it mandatory for labour hire operators in high risk sectors, such as horticulture, cleaning, meat processing and security sectors, to register with the Australian Government as a labour hire operator. Annual fees and charges to participate in the Scheme are anticipated to cover the cost.

Standing up for vulnerable workers

The Government has been busy securing international tax and trade agreements. We note these as Australia’s role in the region, security, and export markets rely on these agreements.

The Government signed the Convention between the Government of Australia and the Government of the State of Israel for the Elimination of Double Taxation with Respect to Taxes on Income and the Prevention of Tax Evasion and Avoidance on 28 March 2019. The Convention relieves double taxation and lowers withholding tax rates on interest, dividend and royalty payments.

The Governments of Australia and Hong Kong signed a free trade agreement on 26 March 2019. This agreement has not as yet been ratified. Under this agreement zero tariffs will be locked-in on goods, market access will be guaranteed for services suppliers, and conditions for two-way investment defined.

The governments of Australia and Indonesia signed the Indonesia Australia Comprehensive Economic Partnership Agreement on 4 March 2019. The agreement reduces non-tariff barriers to trade and over time will allow 99% of Australian goods exports to enter Indonesia duty free or with significantly improved preferential arrangements. This agreement is yet to be ratified.

Effective from 1 January 2020, the following countries will be added to the list of those exchanging taxpayer information. As part of this, residents of these countries are eligible to access a reduced withholding tax rate of 15% (instead of the default rate of 30%) on certain distributions from Australian Managed Investment Trusts (MITs).

Australia has seen its fair share of catastrophic disasters this year.  In response, the Government has announced the creation of a $3.9bn Emergency Response Fund. The Fund will provide $150m per annum from 2019-20 to 202-24 following a significant and catastrophic natural disaster. This funding is applied where the disaster requires funding beyond relief measures already in place.

A previously announced $3.5bn package of measures will support Australia’s 2030 climate commitments. These include:

$75.5m over 7 years will be provided for investment in network infrastructure, dispatchable generation and reliable energy supplies in the National Electricity Market.

leading to the elimination of Government debt by 2029-30..

With total trade covered by free trade agreements rising from around 26% to around 70% in the last 5 ½ years, you can see why there has been a flurry of activity to formalise trade terms with our regional and international partners.

Australia’s economy is forecast to grow by 2¾% in 2019-20 and 2020-21. Jobs growth and economic stability is tempered by severe weather events and an anticipated decline in residential construction activity and house prices.

With the borders between the State and Territories all but open and 2021 in sight, there is a hunge ... read more

31 December 2020 is the last day you can apply to access your superannuation early under the COVID- ... read more

The ATO has extended the JobKeeper monthly business declaration deadline for the month of December ... read more